I want to drive one of these monsters around this winter. 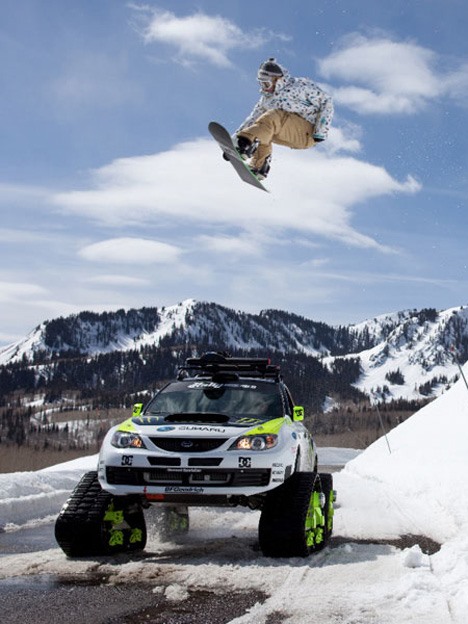 "Cat tracks and beefed-up suspension allow the modified Subaru to glide along effortlessly on the snow and ice...The car's modifications were prepared by Vermont SportsCar; they included the cat tracks in place of wheels, rally dampers, a hydraulic handbrake and a turbo-charged STI engine.

Although it's not shown in the video, a tow-behind sleigh was also made for the project and designed to haul snowboarders and their gear up the mountain."

It’s Black Friday week on WonderHowTo! Don’t miss out on all of the big sales in the Gadget Hacks and Null Byte shops. And if you’ve been wanting to take some classes without going into debt, check out our best deals on online courses for a variety of skill sets. Don’t miss out on these huge discounts: