World's most expensive car mod? A wealthy Swede began with a 1973 Lincoln Continental, and three years and one million dollars later, ended up with a real life replica of the famous batmobile.

"...the replica is packed with gadgets and has built in satellite navigation, voice recognition, machine guns, reversing cameras, a DVD player, a plasma TV and even height adjustable bodywork, it just distances itself from the very popular campy Batman. Little in the way of detail has been provided about what's under the hood, but the 700-horsepower techno-sportster is a one-of-a-kind creation, and the construction cost over $1 million..." 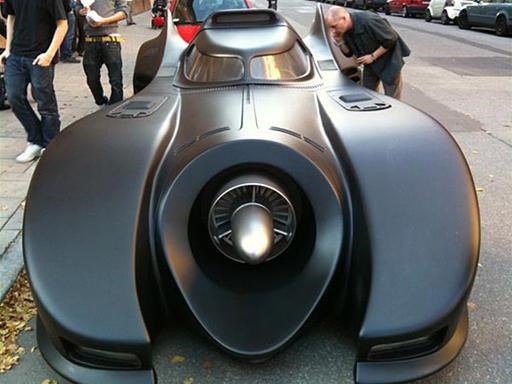 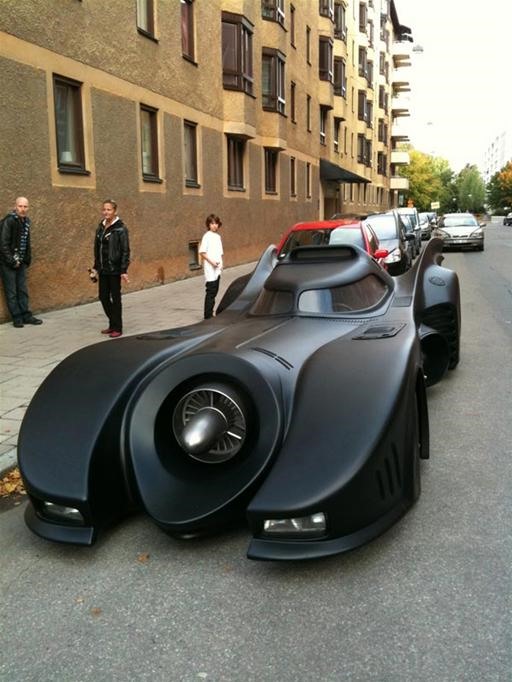 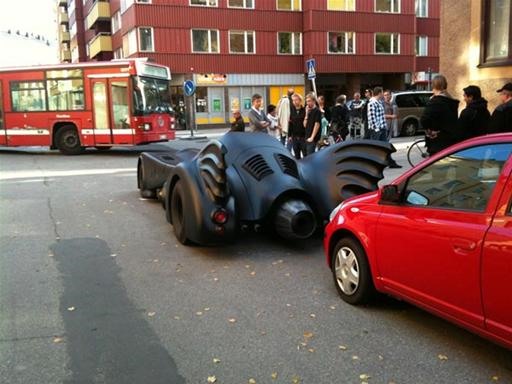 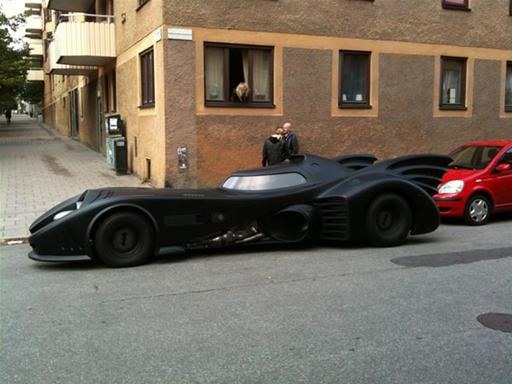 I'm sorry... did you say machine guns? I'm not sure it's a good idea to let someone crazy enough to spend $1,000,000 replicating a life-size kiddy toy have vehicle-mounted machine guns...

i'd have to agree.

i agree. i mean RLLY?

the turning radius must be the size of manhattan

what a waste of money...but nice to look at tho

I think thats cool and all. But if i had all the money in the world.. id rather buy a Bently GT, or, Saleen S7, or maybe a Viper, Lambo, Ferrari.. etc! Hello?! Now those are badass cars...

he missed the tires...

(C0D3R the turning radius must be the size of manhattan)

That's what the wing mounted Batarang was for, If I remember the film.