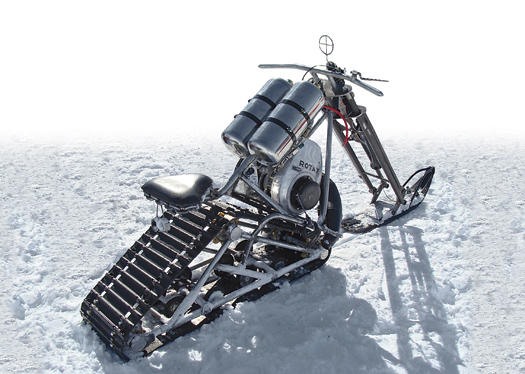 Two government employed mechanics in Antarctica built a "snow chopper" with junkyard parts and trash. The engine and track are from a totaled 1981 Ski-Doo Elan, and everything else from "savvy dumpster diving". This beast cost only $10 to build.

"Using pipes salvaged from a recycling bin, Sawicki and Weisser fabricated a frame, with a bent crowbar as the brake and a tent pin as the accelerator. The emergency brake is an old ice ax, and a couple of ice screws welded to the frame serve as foot pegs. It has two chrome tanks that used to be fire extinguishers; now one contains fuel, and the other feeds compressed air to a salvaged air horn. The aged engine performs modestly well, doing 30 to 35 mph on the snow—but that's pretty good for 99.9 percent post-consumer content." 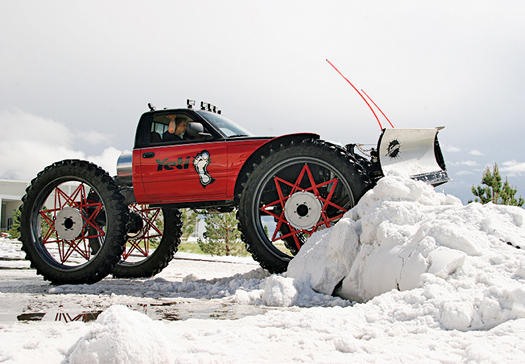 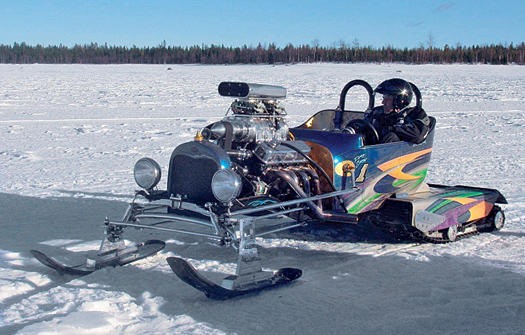 "Builder Lars Erik-Lindberg's hot rod consists of a fiberglass Model T replica mounted on the frame of a Volvo Duett station wagon, powered by a Chevy V8 engine. Underneath, Erik-Lindberg installed the tracks and suspension from an Arctic Cat snowmobile, allowing the vehicle to cruise across the frozen lakes of Sweden at 100 mph."