Gottlieb Daimler's "Revolutionary Riding Car" of 1885 doesn't look like a car (in truth, it would be more analogous to what we recognize today as a motorcycle), but it did mark the very first inkling of the automobile age.

"Under the strictest etymology — the Greek auto means 'self' and the Latin mobilis means 'mobile' — the Revolutionary Riding Car was the first automobile...

What made the machine possible was the Grandfather Clock engine, so named because it resembled a clock. Daimler developed the single-cylinder four-stroke engine with Wilhelm Maybach in 1884. It displaced 265cc, produced 0.4 horsepower at 600 rpm and was remarkable for its relatively light weight." 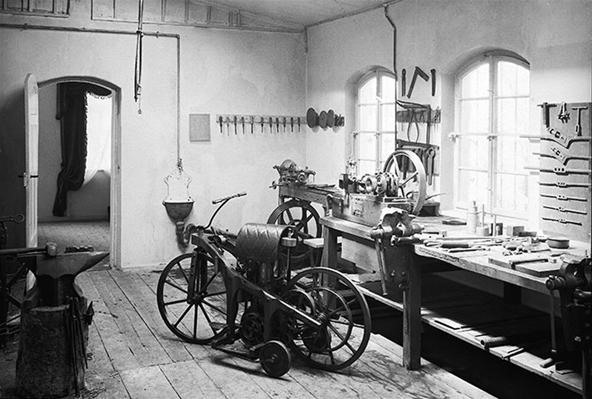 The operation of the riding car was described as such:

"To start the engine, one must first light the small flame beneath the hot ignition tube and crank the engine once using the crank; these preparations take only a minute. The engine runs smoothly, since the silencer dampens the exhaust gases entering the exhaust pipe. To set the vehicle in motion, the driver climbs aboard, takes hold of the steering bar and connects the engine to the bicycle. This is done by means of a lever, cord and tension pulley, which shifts the drive belt onto the pulley." 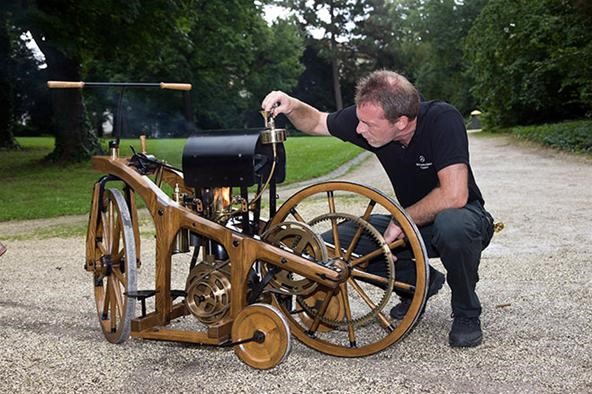 "A replica of the 'riding car' at Spa Gardens in Caanstatt, Germany, where it was first tested." 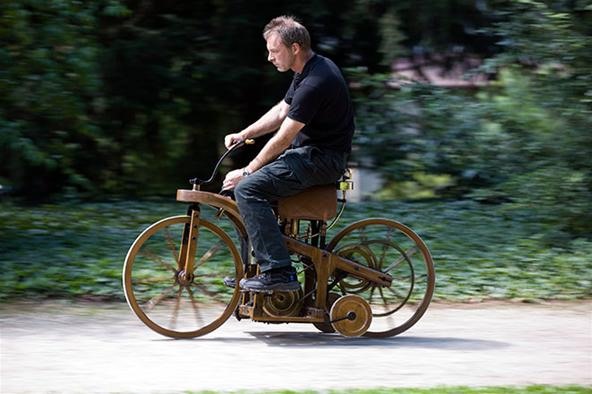 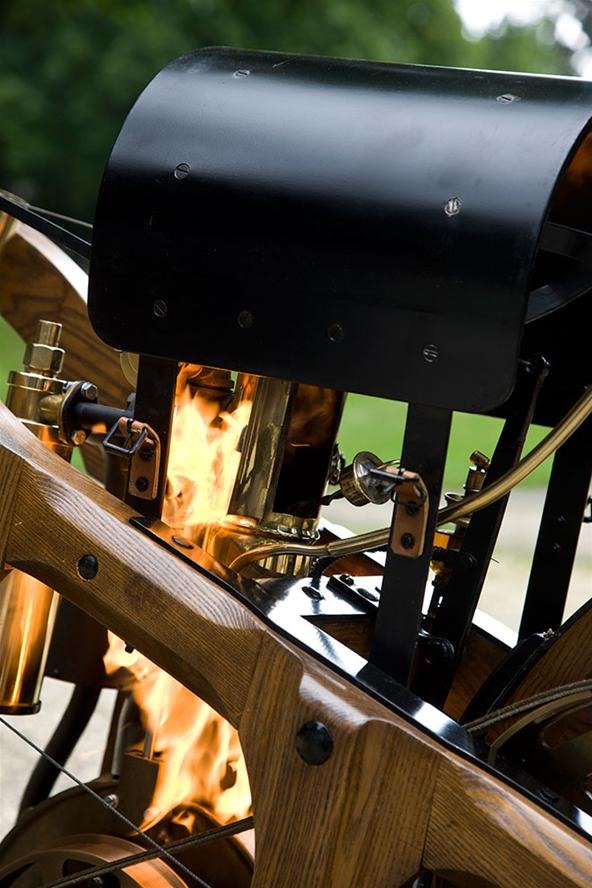 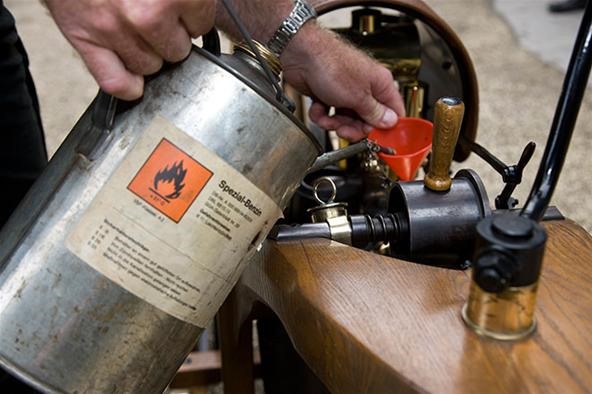 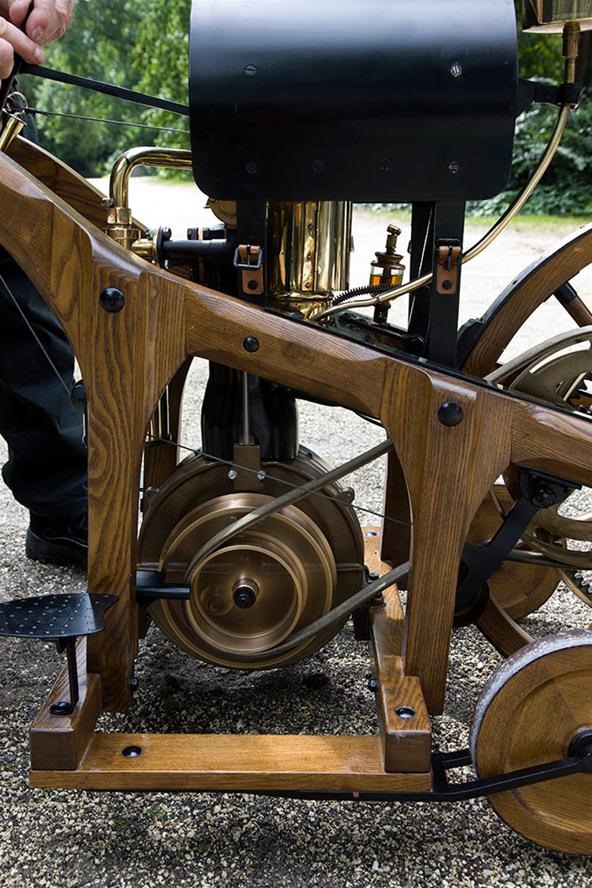 "The 'Grandfather Clock' engine, so named because it resembles a clock. The riding car was built to test the engine, which had a displacement of 265cc and produced 0.4 horsepower." 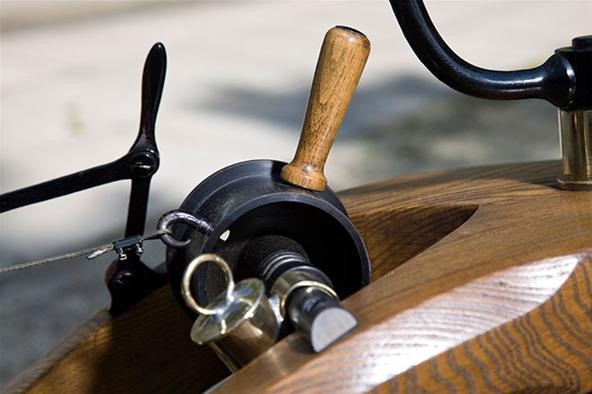 "The riding car's two gears were selected via a lever when the machine was at a standstill." 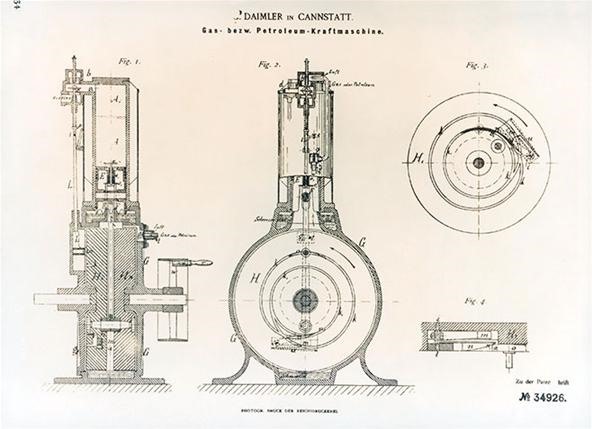 "A drawing of the 'Grandfather Clock' engine Daimler and Maybach developed."